Interview is taken from Gamersi

Launched in 2021, Ones Leisure Trainer was created by a father named Simon Caulton after his little girl was diagnosed with leukaemia at just seven months old.

The experience was life-changing for Simon and his partner Anjna Mahey.

Mia was discharged after nine months, but she still had two years of continued chemotherapy treatment at home. With Simon’s work being predominately based within the Far East, and Anjna’s work fifteen minutes away, they made a decision as a family that Simon would become a stay-at-home-dad to look after Mia, and Anjna would return to work.

“This was a very difficult time for me. I love my daughter so much and it was the right logical step as a family, but I struggled with this adjustment. The loss of my independence, the loss of control, the trauma, and the isolation. I felt myself losing my purpose, my mental health spiralled downwards quickly, and I needed to find a focus,” confessed Simon.

Simon’s first step was to seek help for his own mental health, and for his PTSD. He became a passionate advocate of men’s mental health, and an ambassador for the official charity of Wolverhampton Wanderers, Wolves Foundation, and their Head4Health cohort groups.

Simon channelled all of his pain and his experience into creating Ones Leisure Trainers. He recalled the exact moment the idea originated from. Whilst Mia was in the hospital, they were occupants at the Ronald McDonald House Birmingham, a charity that offers rooms to parents/families caring for a critically ill child in hospital.

“The house was a lifeline for us, a home away from home. Every morning I would get ready and sit at the edge of the bed, put my trainers on and stare at my feet, not knowing what the day will hold. I would take a deep breath and then take that One Step towards the door to take on my day. I recall the need for something comfortable, lightweight, and breathable on my feet, as it would be a very long day in hospital,” said Simon.

Now, Ones Leisures has three styles: the Broughton, the Cantlow, and the Cooksley, all poignantly named and dedicated to the three rooms the family occupied at the Ronald McDonald House Birmingham. From the beginning, Simon was committed to Ones Trainers being eco-friendly and sustainable, so he partnered with Bloom Materials, and he’s committed towards three of the United Nations Sustainable Development Goals. 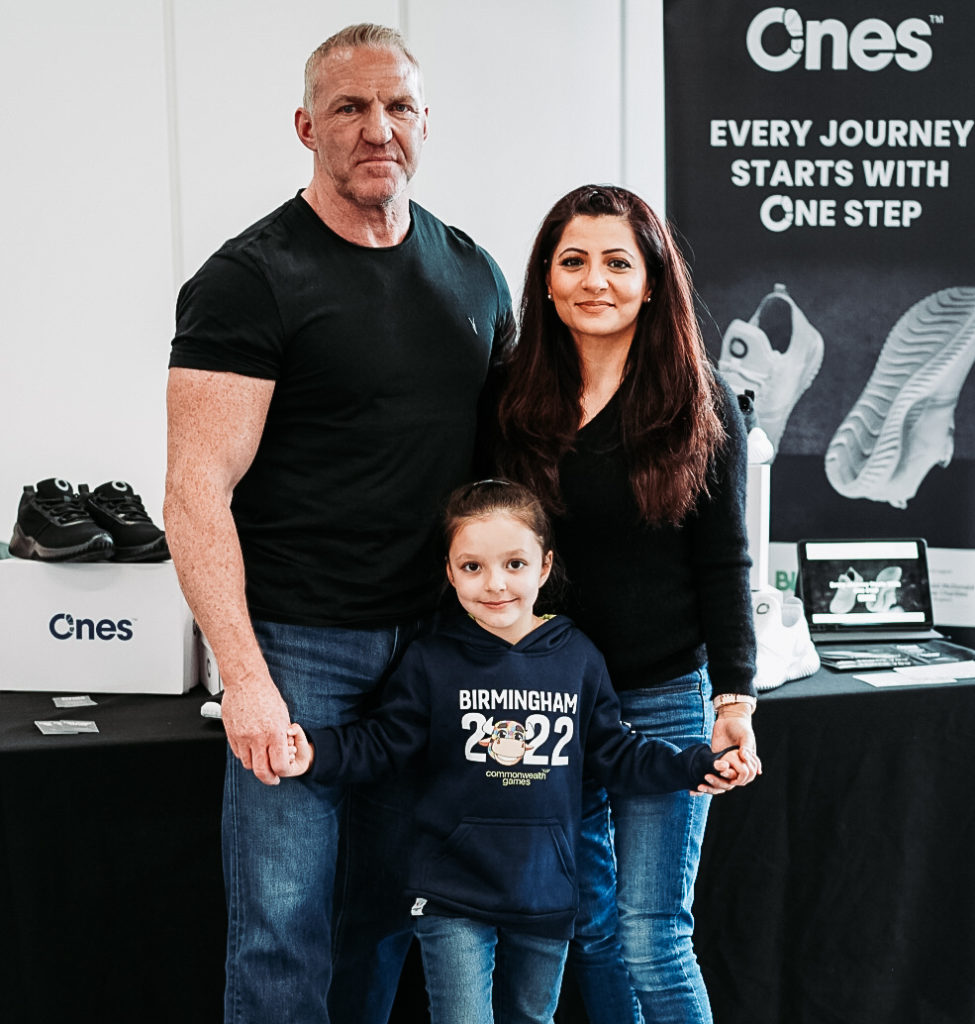 Ones has committed 10% of all their profits to Blood Cancer UK, for continued research into kinder, effective treatments, and to improve survival rates.

The brand has gone onto win a ‘Rising Star of the Year 2022 Award’ at the StartUp Awards National Series.

Prior to creating Ones, Simon came from the Midlands, where he left school at 16 to work on a building site. He spent some time working with large manufacturing firms such as Lucas Aerospace, until he developed into management roles, and he eventually ended up with a furniture manufacturer, Dreams, principally working within the Far East.

Shop the latest range of Ones here.